Can a Cat be a Vegetarian? 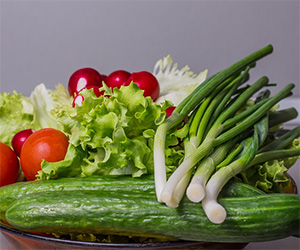 Easter always makes me think of rabbits, which make me think of carrots and other vegetables, which then reminds me of nutrition question about cats. Several owners have asked me a question that goes something like this: “I’m a vegetarian and a cat lover. Are there any vegetarian diets that I can buy or make for my cat?”

The question is sometimes one of moral values for the human, but for animals, it’s one of nature. Herbivores such as rabbits and horses eat plants and cannot digest meat well. Omnivores such as humans and dogs can eat both meat and vegetables. Carnivores, such as cats, need meat. It’s their main source of protein and they can’t be on an all-vegetable diet if they’re planning to live for very long.

This may seem a little confusing because for years domestic dogs and other canids were thought of as carnivores because they eat lots of meat. But in recent decades more emphasis has been placed on the fact that they are actually classified as omnivores because they can also survive primarily on vegetable matter if the protein content is high enough. In fact, in developing countries where dogs roam the streets and survive by scavenging, the dogs may actually be on a diet of primarily vegetable matter. Domestic dogs have a relatively adaptable digestive system given that for the last 10,000 plus years they have evolved alongside humans by scavenging off human dump sites.

Unlike dogs, cats are obligate carnivores. That means they need much more protein than dogs. In fact, they have a higher protein requirement than any other domesticated animal.

So why is it that animals have to adhere to the special eating requirements? It all has to do with their digestive apparatus. Natural vegetarians can use plant material to make everything they need—vitamins, fats, carbohydrates, amino acids, and energy. This is no small feat because a lot of vegetable matter is hard to digest. So hard that all herbivores have a special pact with the bacteria in their gut. They’ll house the bacteria if the bacteria will digest the plant material into something useful for energy. And even with an army of these miniscule helpers, herbivores still have to spend most of their day collecting enough low calorie plant material for their high calorie needs.

Carnivores can’t digest plant matter very well, especially if it’s uncooked. They have a different strategy. Instead of making all of the nutritional building blocks that they need, they eat other animals who’ve already done all of this work. This makes life surprisingly simple for strict carnivores. They may spend long hours catching a meal with legs, but they don’t have to be very discriminating about which type they catch. Each furry or feathered lunch box is a complete and balanced meal that provides everything they need. Strict carnivores don’t even have to eat carbohydrates. They can make them from protein and fat.

So you see, cats are built to eat meat-based diets. Give them an herbivores diet and they’re in trouble. Cats have a special requirement for nutrients such as vitamin A and the amino acids taurine and arginine and plants can’t provide enough of these. This need is no laughing matter. Even a handful of meals deficient in arginine can do a cat in, leading to convulsion, coma, and death. A diet deficient in taurine isn’t as bad. It may take months for a cat to develop blindness and heart failure from a taurine deficiency.

Theoretically, if you had a ton of cash to purchase pure arginine or taurine and you used a diet formulated by a veterinary nutritionist, your cat could be a vegetarian. If you could get her to eat it. As a last protective mechanism for the dietary specialist, cats prefer meat over vegetables just as horses and rabbits prefer vegetables over meat.