If Dogs Could Talk… 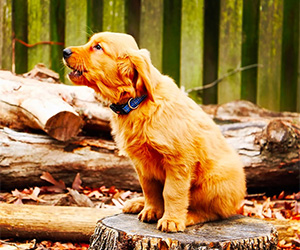 Myths about dogs have been swirling around since canines were first domesticated thousands of years ago. And while they are no doubt fascinating and intriguing animals, if given the chance, they would probably like to dispel some of the misconceptions humans have about the species.

Below, see what our dogs had to say (or, at least, what we strongly suspect they’d tell us if they could talk) about some of the most common myths out there.

This one has been making the rounds since the 1930s, when Will Judy, a big fan of all things dog and the founder of National Dog Week, claimed that we canines see only in shades of black and gray. This is far from the truth. We do have fewer color-sensitive cone receptors than humans, which means our color spectrum is slightly narrower, but, hey, at least our color perception is better than the cat’s!

A Dog’s Mouth Is Cleaner Than a Human’s

Ever see a human eat out of the garbage? Lick up unknown substances off the street? Eat cat poop? Neither have I, but we canines do those things all the time. It’s fun and we like it. (Sorry, but we’re not sorry.) Now, we do have some useful mouth qualities, like a tongue that can remove dirt from a wound and saliva that is the first line of defense against infection. But the reality is that we dogs eat some gross stuff, and we have lots of bacteria, some of it potentially harmful, in our mouths. We kind of understand if you don’t want us to kiss you. But that doesn’t mean we won’t try!

We may hang our heads or droop our eyes after we’ve chewed up your notebook or destroyed the garbage can, but that’s because you’re yelling at us! We don’t really understand that those things are inherently unacceptable in the human world. (And by the way, do you even know how boring you all are? Lighten up! Chew a shoe for once in your lives!) All we know is that you’re upset about something and we use our appeasement skills to try to placate you. Just because we look like we’re upset, it doesn’t mean that we are. We just know how to work it. Can you blame us?

Don’t jump to conclusions if you catch us noshing on your lawn. Before you load us up into the car for an emergency visit to the vet, pay attention to how much grass we’re eating and whether or not we keep it down. Sometimes we just like to eat a little grass. However, if it’s a common occurrence, we’re eating tons of the stuff or we’re throwing up afterward, it is a good idea to get us to the vet. While the grass-eating doesn’t necessarily mean we’re sick, it could mean that something else is going on.

I’ll admit, some of us do have bad dog breath, but it’s not our default state. And it’s not because of all the stinky, gross (to humans anyway) things we eat, either. If a dog has bad breath it’s usually a sign of something slightly more serious than food stuck between our teeth. It could be a dental issue or a tummy problem. If we do have bad breath, make sure to have the vet check us out to make sure there’s not a medical issue. And maybe bone up on those tooth-brushing skills!

Well, of course you can! Certainly, the older all creatures grow the more they are set in their ways, but dogs of any age can be trained — at least to some degree. In fact, training can have quite a few benefits for older dogs, like increased confidence and a strengthened bond between dog and human. The trick is for you humans to set reasonable expectations for your older pooch and understand that we may not be able to physically or mentally perform certain tricks that our younger, more spry counterparts might be able to. Be patient with us as we learn new behaviors (and possibly break some less desirable habits). Believe us, when there’s a reward involved, most of us will rise to the occasion no matter how old we are!

Just because certain concepts are passed along from dog owner to dog owner doesn’t mean they’re true. Never hesitate to ask your vet if you have a question about your dog (or dogs in general, for that matter!).

Editor’s note: We did not actually interview dogs for this article. We tried, but they were too busy digging in the trash. Oops.